See complete column descriptions. The data is released under a public domain license and hosted originally at Kaggle.

Refining and enhancing plots in Illustrator

Make an image and refine it 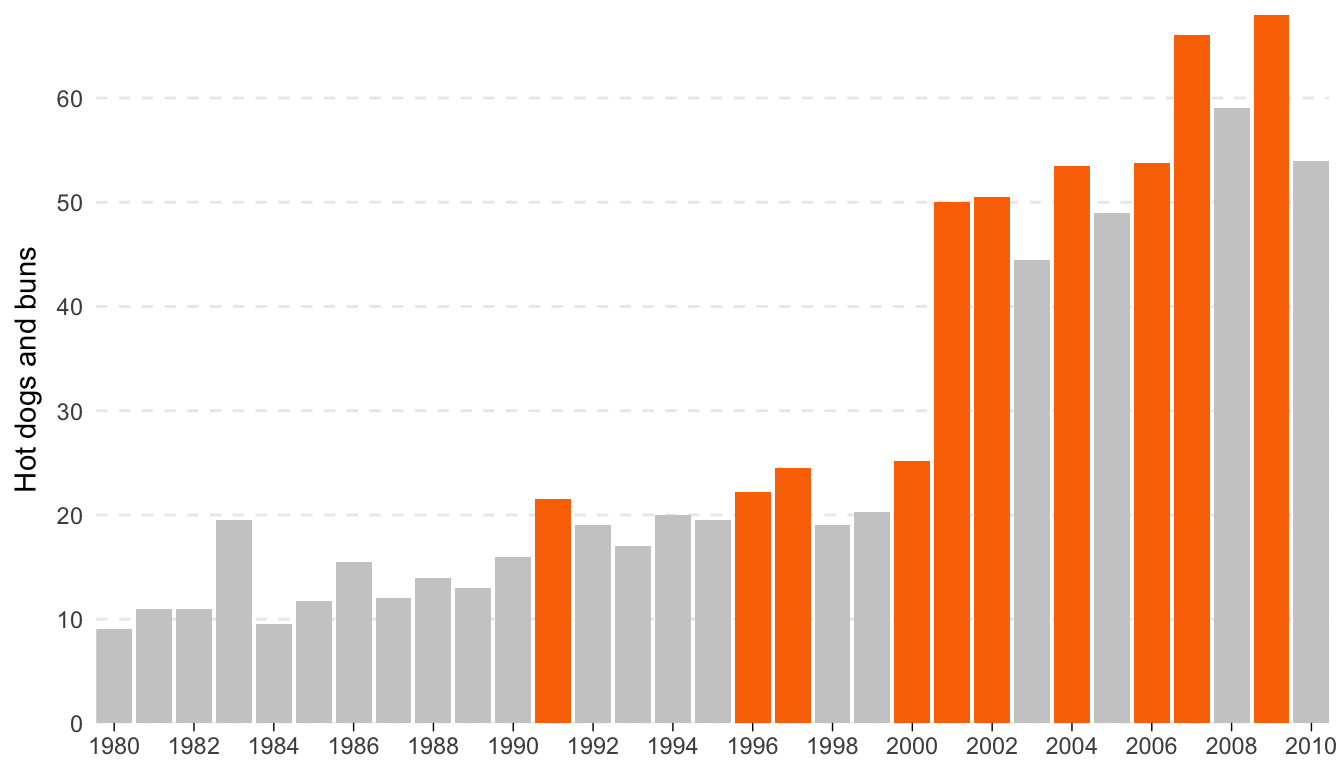 So far, we’ve used a few extra packages to enhance our ggplot plots, like ggrepel, gridExtra, and ggThemeAssist. There are dozens of other ggplot-related packages, but it’s hard to find them or know what exists. The ggplot2 Extensions Gallery helpfully lists 35As of October 9, 2017

You can use the gganimate package to add a new aesthetic “frame” to your plots, meaning you can map a variable like “year” to a plot to show changes over time.

Install the package in R with this command: (it’s not on CRAN so you can’t use the “Packages” panel):

Before you use it, though, you have to install two command line tools on your computer to manipulate images and videos. You don’t actually have to ever use these programs—they just have to be installed, and gganimate will use them.

We won’t cover this in very much depth in class—look at the documentation at GitHub for full details. Here’s a quick example, though. Note the new frame = year aesthetic mapping:

You can also save the animation to your computer:

You can adjust the animation speed with the interval argument in gganimate():

To use this in an R Markdown document, you have to include fig.show="animate" in the chunk options, otherwise each individual frame will be shown. If you’re using a custom interval, you have to specify it with interval=X. You can also specify the output format for the HTML chunk (e.g. gif, webm, mp4, etc.):

These animations tend to not be very smooth, though, with data points jumping to their new positions every five years (in the case of the Gapminder data). We can make everything go a lot smoother with the tweenr package, which interpolates data points to smooth everything out. You have to transform the data little first, but the end result is magical:This code is from David Smith.

Go to this form and answer these three questions (anonymously if you want):